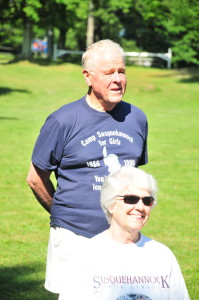 It is with a heavy heart that we mourn the passing of George Carlton Shafer, Jr. ‘36, known fondly to many generations of campers and staff as “Mr. George.”

After assuming the directorship of Susquehannock for Boys, Mr. George and his brother, Mr. Ed (Edwin H. Shafer ’34), oversaw the administration of the program for decades. In 1986, George and his wife Dede Shafer ’54 opened a sister camp, Camp Susquehannock for Girls at Lake Choconut in Friendsville, PA where they served as directors. After 41 years of service, Mr. George retired in 2000 but continued to spend every summer of his life at the camp founded by his father in 1905. Mr. George’s unfailing devotion to the ideals espoused by his father “King” Shafer was influential in the development of countless individuals and the establishment of Susquehannock as a leading educational institution.

Mr. George’s spirit and legacy will continue to be enduring and inspirational at Susquehannock.

Great man , sending my greatest regard to my tennis hero of 1971 when in the camp for the season.

So sorry to hear this sad news. Our thoughts and prayers are with the Shafer family.

My mom and I were sitting in the living room, waiting for this guy from this summer camp that I had no knowledge of but for 20 or so words listing in the ACA catalogue. Words such a swimming, baseball, basketball, soccer, camping, canoeing caught my eye. Soon, the car pulled into the driveway, and my anxiety level soared. You see, I was 9 and this guy was here to sell me and my mom on the grand idea of having me go to a sleep-away camp, in a rustic cabin, without flushing toilets, in a far away land…to play tennis so the conversation went. Me, play tennis…right. Well, I don’t recall if it was the technicolor slide show or Mr. George’s love for Susquehannock, but he won me over….and, during the first few years, I even tried tennis. Mr. George continued to share his love of Susquehannock, his wisdom, his optimism and a few tennis pointers during my many years at Susquehannock, not only to me but to every camper and staff who would listen. I haven’t forgot his famous Award-Reward speech, and often find myself quoting it to my children….and his S-U-S-Q-U-E-H-A-N-N-O-C-K cheers will often be emulated but never duplicated. His optimism was most addictive, though I thought someone may have spiked his bug juice when he thought our work week crew could make a clay tennis court at S4G with garden hoes. Clearly, we had some of the bug juice too, because we tried, inspired by Mr. George’s vision and constant encouragement. I fondly remember a very enjoyable dinner with Mr. Ed and Mr. George at the Montrose Country Club. When I became the Chair of the Board of Trustees for Camp Susquehannock Inc., I accepted their generous invitation to dinner to discuss Susquehannock’s future. We, however, ended up spending much of the conversation discussing Susquehannock’s history. Oh, the stories they could tell. It was a honour to share the table with these two…Mr. George was the yang to Mr. Ed’s ying; he was Oscar to Mr. Ed’s Felix; he was the Orange to Mr. Ed’s Blue. Little did I realize before this meal that they were so different, yet so connected and interwined by their love for Susquehannock; their genuine concern for the health, well-being, development, and success of each camper who wore the Orange and Blue; and their hopes for Susquehannock’s future. The lesson of this dinner, of course, was that what made Susquehannock great, is what would keep it great: community, integrity, diversity, mutual respect, loyalty, and compassion. This, they agreed upon. My thoughts are with Dede and the rest of Mr. George’s family, and the Susquehannock community who lost a champion, an advocate, a leader, a visionary, and an beacon of encouragement. Without him, my Susquehannock experience may have never been; because of him and Mr. Ed, my Susquehannock experience will always be. I’m now going to give three SUSQUEHANNOCK cheers to the both of them. Please join me.

“Let me tell you this about that”…one of my favourite Mr. George quotes because I knew he was about to share some pearls of wisdom. My first connection to The Susquehannock Camps was meeting Mr. George and Dede Shafer. They made me feel welcome and part of the team.

On our overnights, right before bedtime, Mr. George would serenade all the campers and staff over the walkie talkies with “Goodnight Ladies” and each overnight site would go silent as we listened and felt comforted by his gentle voice and the crackle of the camp fire.

Thank you Mr. George for watching over all of us S4G ladies.

Sandy wrote this article for the Princeton Friends of Swimming and Diving Newsletter: George C. Shafer, Jr., Princeton Class of 1951, died on April 5, 2016, in Bryn Mawr, PA. Educated at The Lawrenceville School and then Princeton, he went on to earn a master’s degree in history from Co- lumbia University in 1952. Along with his older brother Edwin, Class of 1944, he was one of a number of siblings to have competed on the swimming team at Princeton.

He devoted his life primarily to two institutions: Episcopal Acad-emy in Merion, PA, where he was a teacher and coach of football, swimming, and tennis for 43 years; and Camp Susquehannock, founded in 1905 in Brackney, PA, by his father, who was also a Princeton graduate, where he served as co-owner/co-director with his brother for 41 years.

As swimming coach George started the program at Episcopal and within a few years the boys team had won three Inter-Ac League championships in the Philadelphia area. He was particularly proud of his 1969 team, which had six All-Americans in ve events (with top ten times nationally) and set 35 records (national, pool, school, and meet) in one season. This team was inducted into the Episcopal Academy Athletic Hall of Fame in 2013. He himself was inducted into the Hall of Fame in its inaugural year as the coach whose teams had won the most championships during a career at the Academy.

Among the many whose lives he touched were Sandy Thatcher ’65, whose parents worked at Camp Susquehannock for over 20 years enabling him to literally grow up there as a camper for more than a dozen summers, and Grace (Cornelius) Limaye ’95, who was a star swimmer at Episcopal and works there today in the Admissions Office.

The memorial service for him on April 16 ended with the organ- ist playing “Old Nassau” as part of the recessional. 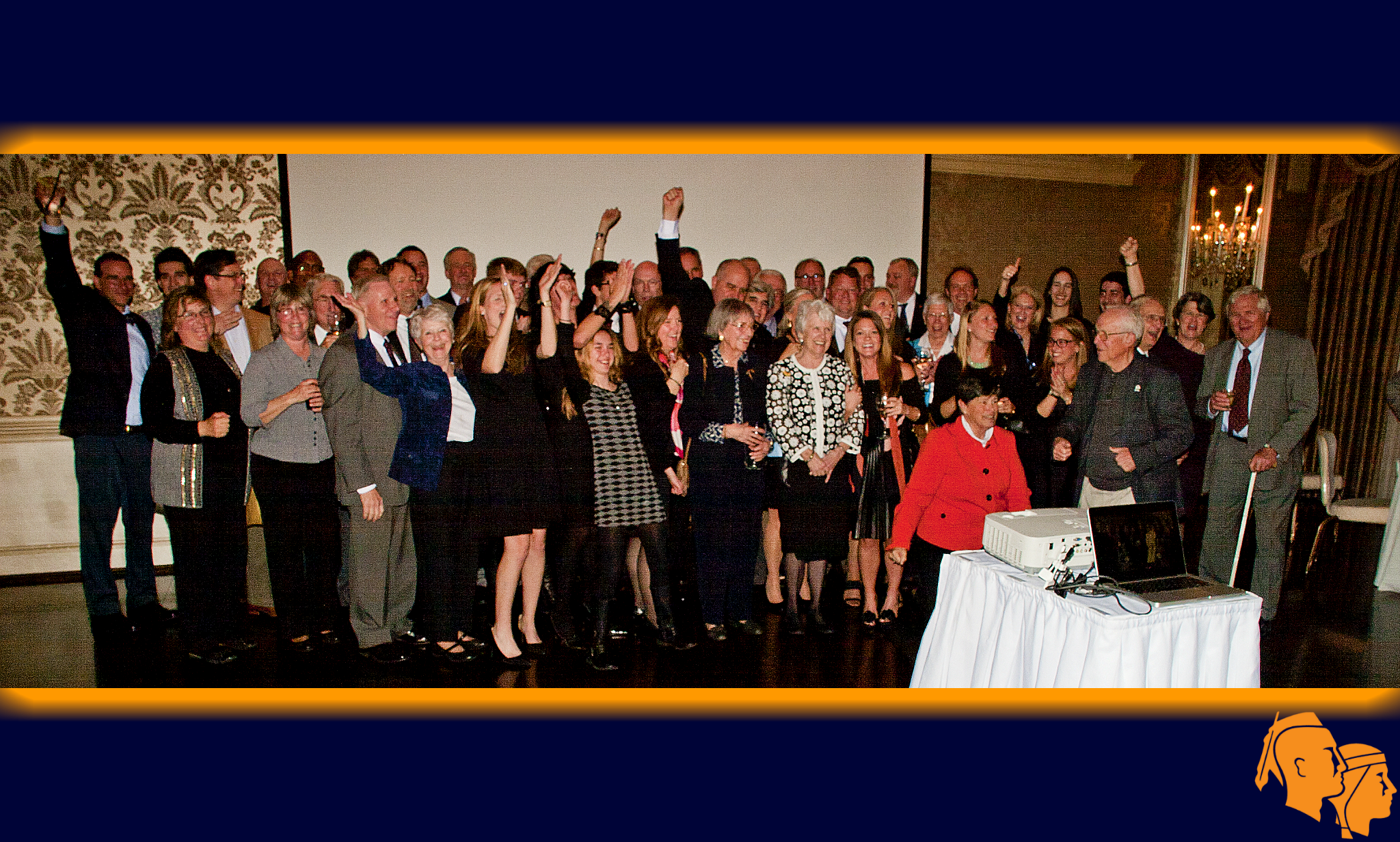