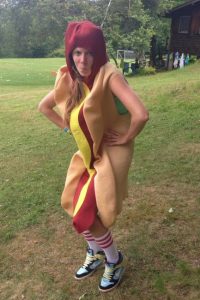 Laura originally hails from Lancaster, PA and grew up at Camp Susquehannock, joining the Girls Camp staff in 2007 after 9 summers as a camper.

She attended Lancaster Country Day School (PA) where she was captain of the Varsity Tennis team. She was also a member of the Lancaster YMCA’s Lightning team, qualifying for Districts every year and States at the age of 14. Laura attended University of Toronto (Ontario, Canada) for her Undergraduate degree, where she was a Dean’s List Scholar and Jackman Humanities Institute Research Fellow. She graduated with a double major in English and Religious Studies and a minor in Spanish.

After serving as a City Year Corps Member in Baton Rouge, Laura attended New York University (NY) for her Master of Arts in Teaching English. She has been a Middle School English teacher in New York, NY for the past five years, and is currently teaching Middle and High School English at Island Pacific Academy (Kapolei, HI).