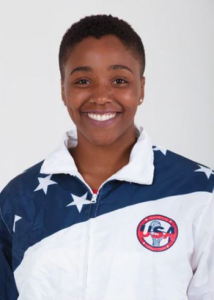 Amara Mbionwu is a Team USA Netball player and current team captain. She plays the goal shooter/attack and goalkeeper positions on her team. She was born in Washington, DC and currently resides in Bowie, MD. Amara played Soccer as a young athlete, eventually transitioning to Basketball in middle school where she played all the way through her senior year at Columbia University. She was introduced to Netball while earning her master’s degree at Adelphi University and is currently studying to become an oral and maxillofacial radiologist.